The GST revenues crossed ₹ 1 lakh fifth time in a row and crossed ₹ 1.1 lakh crore third time in a row post pandemic despite this being revenue collection of the month of February. This is a clear indication of the economic recovery and the impact of various measures taken by tax administration to improve compliance.

The chart below shows trends in monthly gross GST revenues during the current year. The table shows the state-wise figures of GST collected in each State during the month of February 2021 as compared to February 2020. 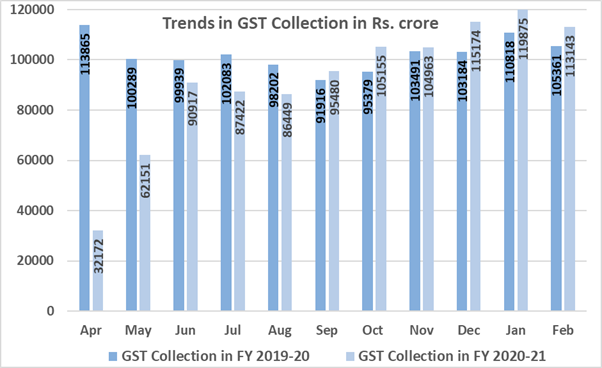